The Primary Test of Cognitive Skills, or PTCS, is a series of four tests that is used to evaluate the cognitive skills of children in kindergarten, first and second grades (or ages five to seven and a half). The Primary Test of Cognitive Skills is a cognitive abilities test that helps teachers to define their students’ needs and determine the special needs of individual students. This test was originally developed by Janellen Huttenlocher and Susan Cohen Levine in 1990. The test can be used to help identify gifted students as well as students who have learning disabilities or developmental delays.

-Test 2, Analogies, evaluates a child’s ability to figure out both symbolic and literal relationships.

-Test 3, Memory, evaluates a child’s ability to remember nonsense words and pictures that have previously been presented.

The paper-and-pencil test is untimed, though test administrators should plan about a half hour for each one of the four subtests. The PTCS is administered in a group setting and not on an individual basis.

A test package of 35 booklets costs $267.50 and is available through the California Testing Bureau and McGraw-Hill. Other test administration materials start at about $25.00. 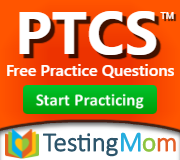