Why do weight lifters train better in blue rooms? Does an office painted pink drain energy from employees? If a person is drawn to the color orange, does that mean he is well-suited for a career in engineering?

For years, psychologists have been studying the characteristics of color and how it affects behavior and emotions. Color tests are becoming increasingly popular and are used by some employers to see what type of job best fits a prospective employee and also are used by the general public as a personality test to see what their preference for certain colors says about them.

The most famous, the Max Lüscher Color Test, is based on the fundamentals of color psychology. In studying hundreds and thousands of test subjects over the years, psychologists isolated how certain colors made people feel. By showing a subject those colors and linking them to 23 personality traits, Swiss psychotherapist Max Lüscher believed that therapists could gain insight into a person’s emotional well-being.

Eight or more cards of various colors, each numbered on the back, are placed in front of a person. He selects the color that appeals to him the most and it is turned face-down. He continues to select colors in the order of preference. When all the cards are face down with their numbers visible, they are put in pairs and interpreted in various ways. It is recommended the procedure be done twice. The idea is that the color most preferred represents a state of being in which the person longs to be. The last color selected represents elements the person is seeking to avoid.

A 1994 study, “Effects of Color on Emotions,” in the Journal of Experimental Psychology revealed that people find brighter colors more pleasant. Colors that are bright and more saturated invoke feelings of strength dominance and boldness. Most color testing offers the same generalized connections between one’s personality and their preference for a certain color.

Red is the color that prompts the strongest reaction. People report feelings of strength and excitement when they see red. A study in the Journal of Personality and Social Psychology found that red makes men feel more amorous toward women.

Orange represents energy and strength but also comfort and warmth. People who prefer orange love to compete and win. They are said to be ideal candidates for careers in sports, architecture or engineering.

Green in natural shades makes people feel refreshed and balanced, but other shades can make people feel sickly. Green is often associated with nature, luck, control of willpower and fertility.

Blue is the most popular color and may actually trigger one’s body to produce calming chemicals. It can make people feel dynamic, exhilarated, calm and focused and tends to increase worker and athlete productivity.

Yellow is associated with cheerfulness and optimism. People viewing it report feeling enthusiastic and energized.

Brown conjures up feels of stability in people. It is associated with reliability, order, naturalness and wholesomeness.

White is associated with purity, truth, peace, innocence and also neutrality, as in the case of waving a white flag.

Pink can invoke a tranquil atmosphere for adults, but can be so calming that work productivity levels may drop among employees. Prior to a rule that bans the practice, some college football teams were known to paint the opposing team’s locker rooms pink, in an attempt to drain the strength from the players. 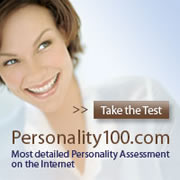